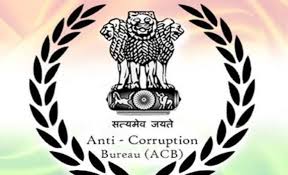 The Naib Tehsildar demanded to pay the amount of bribe in parts, though he will provide the fard only after getting the full amount of ₹25 lakh. The complainant had further alleged that he has been asked by the Naib Tehsildar to bring at least ₹1.50 lakh. On this the complainant approached ACB for appropriate action against the officials.On this complaint, case FIR No. 06/2022 was registered at Police Station ACB Central against the accused persons U/s 7, Prevention of Corruption Act, 1988 R/w PC (Amendment) Act, 2018 and sec 120-B IPC for investigation. During the course of investigation, a trap was constituted which laid a successful trap during which the accused Ashok Kumar, Naib Tehsildar, presently posted at Gharota was caught red handed while demanding and accepting the bribe of ₹1.5 lakh from the complainant. He was arrested on the spot by the ACB team. The bribe money was also recovered from his possession in presence of independent witnesses. Searches were also conducted in the residential houses of all the accused persons and ₹9 lakh was seized from Raman Gupta R/o Akhnoor. JNF