Police said, Sethi and his maternal uncle Raj Kumar have been arrested and the court has sent both on 7-days police remand. 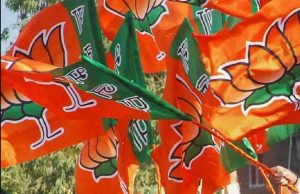 As per the details, FIR vide 197/20 under sections 354 of IPC and 7/8 of POCSO Act has been registered against Sethi and Raj. Earlier, Police party led by SP North conducted the raid and arrested the duo.

Police took the victim to hospital for medical examination, the report of which was awaited.

Sources informed that under BJP pressure the Jammu police was delaying registration of FIR. Soon after the complaint, Sethi was detained. However, police was giving him time to settle the issue with the victim’s family.

The minor girl’s family refused to withdraw the complaint and knocked the court doors. On court directions, police swung into action and formally arrested Ravi Sethi and his uncle Raj Kumar for sexually abusing minor girl.

Soon after the arrest, both Sethi and Raj were produced before the court.

“We are investigating the matter”, police said, adding, “the court has ordered 7 days police remand”.