Despite massive public outrage against the BJP in Jammu with people vociferously opposing it in open public meetings in the region on the eve of DDC elections, its massive victory in the said polls had not only baffled the political pundits but created bonafide apprehensions in the minds of the masses said Mr. Harsh Dev Singh JKNPP Chairman and Former Minister. Speculations of underhand and unfair means and manipulations were doing the rounds in the civil circles, with a dead and defunct opposition failing to confront the BJP over its unexplained victory, regretted Singh. “We can’t allow you to go unquestioned over your inexplicable, magical victory and especially when the people refused to even listen to you during the campaign period. You were ridiculed and hounded out of several villages by infuriated mobs. The social media was buzz with negative campaign against you. People say that they have voted against BJP. But still you managed to win. While other parties have succumbed to your terror tactics, the intrepid Panthers shall continue to oppose and expose you for your demagoguery and machiavellian politics”, said Singh. He said that BJP was to be opposed in view of the damage it had done to dogra land and dogra pride and still manoeuvred its victory through deceit and treachery which was a dangerous trend. 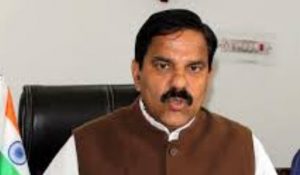 Appealing the intelligentia and saner elements in the society to come forward to save Democracy, Mr. Singh said that politics of opportunism and deception practised by the present leaders could do unimaginable harm to our system. How could people accept those opportunists as leaders who sacrificed the very dignity and honour of dogras for power, who bartered away the aspirations of the people of Jammu for crumbs of power, who abandoned their age old slogans of justice and equality for Jammu and caused the severest disappointment to educated Jammu youth by surrendering even their negligible share in services for crumbs of power. Those who facilitated the release of thousands of stone-pelters of valley, framed policy for jobs to deceased stone-pelters, formulated schemes for rehabilitation of surrendered militants, lodged FIRs against army personnel, imposed Kashmir language in Jammu colleges, allowed raising of Pro Pak slogans in legislative Assembly, refused holiday on birthday of Maharaja Hari Singh, refused CBI probe in Rasana case, imposed service  tax on Hindu pilgrimage Helicopter services, and described killings of terrorist like Burhan Wani as accidental, refused composite Townships for KPs and Sainik Colonies for Ex-servicemen in Kashmir only to keep separatists in good humour besides surrendering over on host of issues, could in no case be allowed to assume the mantle of Jammu leadership. He appealed to academicians, rtd officers, employees, students, traders and youth of Jammu to join hands to get rid of the politics of treachery and subterfuge being practised by the BJP leadership for its narrow parochial ends at the cost of interests of people of Jammu. Lets grab the opportunity and unite before the time runs out, said Singh.