Special Judge CBI Sanjeev Gupta after hearing both the sides observed that in the instant case the transcript of recorded conversation at the time of verification of complaint and on the day of trap between the complainant and petitioners ex-facie suggests to be a case of demanding illegal gratification in pursuance of a criminal conspiracy between petitioners in pursuance of which co-accused Sanjay Koul was made to accept the bribe amount from the complainant which was allegedly recovered from him. The bribe amount is alleged to have been exhorted by demanding and accepting the same as consideration for processing the file with regard to giving technical sanction of construction work allotted to the firm of complainant. Abuse of official position is attributed to the petitioners who as officials of PWD Department are admittedly governed by a set of rules regarding their conduct. Unfortunately petitioners are alleged to have shown scant respect for the rules regulating their conduct. They also exhibited in insensitivity and harassed the complainant only to satisfy their lust for money. The allegations, viewed in that perspective, are serious as they demonstrate that the menace of corruption is all prevailing and the organizations of repute are fast losing their credibility due to prevalence of corruption within.

Court further observed that in Avneesh Kumar Gupta case the High Court of Uttrakhand while dismissing the bail application in a graft case involving high ranking government officials has observed that; “The courts have to strike a reasonable balance between the societal interest and individual interest. When these interests are irreconcilable, societal interest must prevail. In a society governed by rule of law, there should be zero tolerance to corruption. Oft repeated arguments that if the accused has committed an offence, he will be convicted by the trial court, and therefore, he should be granted bail at the very first go, does not seem to be palatable/ acceptable to corruption cases. One should not lose sight of the fact that those involved in the corruption are normally high and mighty, and therefore, may exercise their influence in scuttling the legitimate prosecution. The law should always help the poor and needy, and not to those who are ever ready to sweep corruption under the carpet.

Court observed that it is incumbent upon the court to exercise its discretion judiciously, cautiously and strictly in graft cases being different from other common offences. The offences under PC Act have far reaching consequences which affects the society. The individual liberty cannot be accentuated to such an extent or elevated to such a high pedestal which would bring in anarchy or disorder in the society. In other words the societal concern has to be kept in view in juxtaposition of individual liberty. Furthermore, given the status and position of petitioners, influencing of material witnesses cannot be ruled out, in case concession of bail is extended to them.

Court further observed that in so far as case law cited at bar by the Counsel for the petitioner No.1, it is of no avail as the proposition of law laid down with regard to the provisions of section 7 of the PC Act in the said authorities was dealt with by the Apex Court at the stage of appeal after post trial of the trap cases of graft. With these observations Court rejected the bail applications. JNF 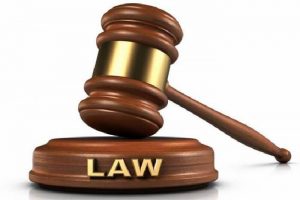