The Brihanmumbai Municipal Corporation (BMC), Mumbai’s civic body, has filed a police complaint against actor Sonu Sood for allegedly converting a residential building in upscale Juhu into a hotel without the required permissions.

The actor had offered the same six-storeyed hotel for quarantine facilities for medical professionals at the beginning of the coronavirus lockdown last year.

Police said that they will investigate the case and take necessary steps. 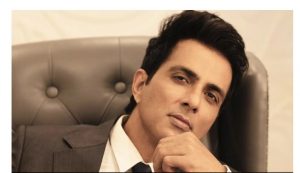 A BJP leader reacted to the complaint and said the BMC and state government is targeting Sonu Sood just like actor Kangana Ranaut.

Ram Kadam said Mr Sood’s humanitarian work during the coronavirus pandemic did not go down well with the alliance government in the state and so they are apparently extracting revenge from the actor.

“During the coronavirus crisis, Sonu Sood helped poor labourers go to their villages with his own money. However, this was the work of MVA Maharashtra government. They did not like this. Is this why they are acting out against Sonu Sood after Kangana Ranaut?” Mr Kadam tweeted in Hindi.

“How many people’s voices are you going to suppress?” he added mentioning BMC and the Maha Vikas Aghadi government.

Sonu Sood was hailed as a hero after he helped a large number of migrants return home during the lockdown by hiring buses from Mumbai and other parts of Maharashtra.

The 47-year-old actor, who was widely praised and later received several awards for his efforts during the pandemic, had even launched a toll-free helpline number to help those who needed assistance.

On September 9, the BMC had demolished parts of Ms Ranaut’s bungalow in the Pali Hill area for alleged “unauthorised” construction. This came soon after her comments on Mumbai on Twitter where she compared the city to “PoK”. She moved the High Court against the demolition.