Renowned cardiologist Dr. Devi Shetty on Tuesday said that the heart of BCCI president Sourav Ganguly is now as strong as it was when the former India skipper was 20-years-old.
Dr. Shetty met the medical team of nine doctors attending to Ganguly at the Woodlands Hospital and a further course of action was decided by the hospital on Tuesday. Ganguly will be discharged on Wednesday and thereafter he will be monitored at home on a daily basis, said Dr. Rupali Basu MD and CEO of Woodlands Hospital. The 48-year-old Ganguly will be ready for the next course of procedures or medical intervention after about 2-3 weeks. 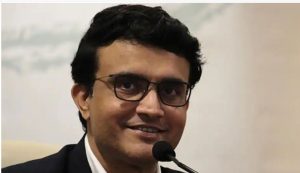 “Sourav didn’t have any major problem. This is the problem which most Indians experience at some point in time, which is a blockage in the coronary artery. Did he have heart damage? No. He had a blockage and he was getting some discomfort, but at the right time he landed in the right hospital and he had the right treatment.“His heart is today as strong as it was when Sourav was 20-years-old. I want everyone to understand that he didn’t have a major cardiac event which has damaged his heart. He has a very, very strong heart,” ESPNCricinfo quoted Dr.Shetty as saying.

Earlier on Sunday, Prime Minister Narendra Modi spoke to Ganguly and enquired about his health and wished him a speedy recovery. He also spoke to Ganguly’s wife Dona Ganguly.

Ganguly was hospitalised at 1 pm on January 2 with “chest discomfort, heaviness of head, vomiting and a spell of dizziness” while performing physical exercise in the home gymnasium at around 11 am. Following this, doctors had conducted angioplasty on him.

On January 2, 48-year-old Ganguly was tested for the SARS-CoV-2 virus, which turned out to be negative. The family members were present during the board meeting and were explained about the disease process and further therapeutic plan. (ANI)