Brig Veteran Anil Gupta
Much awaited peoples’ verdict after the maiden elections to the District Development Councils (DDCs) conducted after the reorganisation of the erstwhile J&K state and abrogation of Article 370 is out. The results have proved beyond doubt that the people of J&K have full faith in Indian democracy and they are as much interested in development as the rest of the countrymen. The results coincided with the onset of Chille-Kalan, the spine-chilling coldest part of the winters, because of which the heightened hopes of the status quo lobby of displaying their annoyance with the Central government have been buried deep inside the wintry snow. 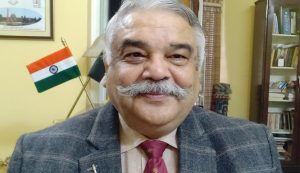